BC Ferries Has Re-branded a Sunshine Coast Vessel 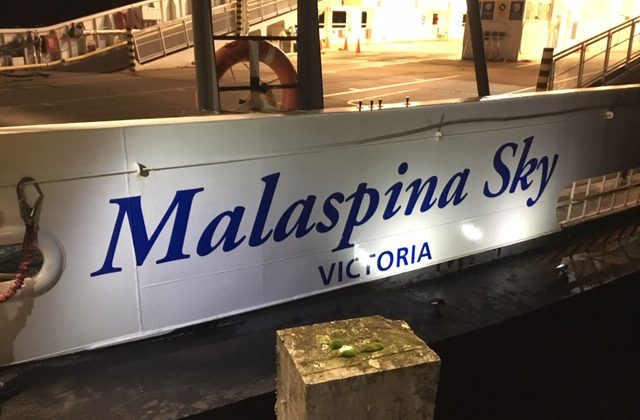 The Island Sky has been renamed the Malaspina Sky and will continue providing ferry service from Earl’s Cove to Saltery Bay on the Sunshine Coast.

Tessa Humphries with BC Ferries said the rebranded Malaspina Sky will be in its own class.

“As part of our naming standardization, the vessels have a prefix to them and, in this case, it will be island, as the first part of the ship’s name,” said Humphries. “The Island Sky, which operates between Earl’s Cove and Saltery Bay is a unique ship in its own class and we felt it was important, with the introduction of the Island-class, to rename the Island Sky.”

Humphries said the new name is meant to honour the beautiful area the Malaspina Sky serves.

“Malaspina Sky really highlights the northern Sunshine Coast, it’s a beautiful part of our province and we do understand that changing a ship’s name is a significant event for the community,” Humphries said.

The Island, now Malaspina Sky, was built in Vancouver back in 2008, carries 112 vehicles and 462 passengers.