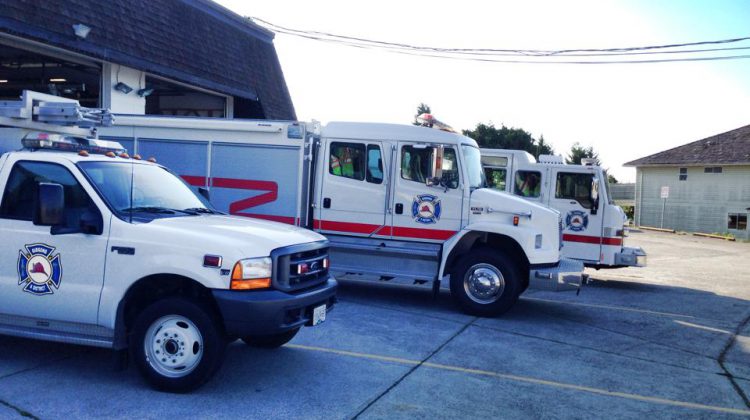 The Salvation Army in Gibsons suffered fire damage on Wednesday evening, but there was no damage to other units in the building in the 600 block of Gibsons Way.

A fire broke out around six o’clock in the area of the Salvation Army chapel.

Fire Chief Rob Michael says members of the Gibsons Fire Department were able to quickly contain the and it did not spread to other units of the building.

The building has apartments above the ground floor units and Chief Michael says despite there being some smoke damage, the residents were later allowed to return to their apartments.

The Fire Chief has a warning for motorists. He says while his firefighters were at the scene a vehicle was driven across a fire hose. He wants to warn drivers that crossing a fire hose may cause serious injury to firefighters.