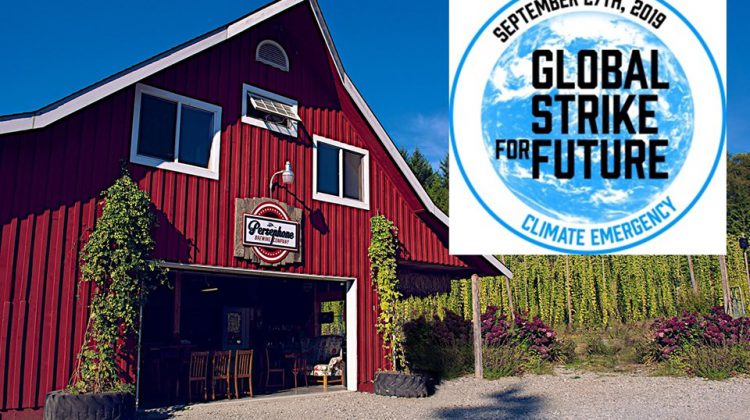 Climate protesters set up along Highway 101, many of which were gathered outside the Persephone Brewing Company yesterday in Gibsons.

Children began ringing alarm bells at 11 am and the ringing lasted for 11 minutes.

The climate strike saw hundreds of people line the Sunshine Coast Highway with the goal of grabbing the attention of passing drivers heading to and from the Langdale Ferry Terminal.

While more than one hundred thousand people protested in Vancouver and Victoria, a staggering half a million took to the streets of Montreal, Quebec.