One Third of People Don’t Want a Flu Shot 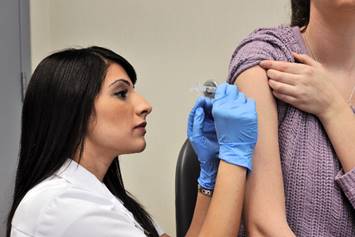 It’s the time of year to again to think about getting a flu shot.

A health survey of people in BC found that nearly four in ten are rejecting the idea of getting a flu shot. The research was done by Insights West for London Drugs

The survey found that 32-percent of people also feel that if you’re healthy, you don’t need a flu shot.

The good news is that 77-percent of the people surveyed say they recognize the importance of receiving a vaccination against the flu virus.

London Drugs pharmacist Gianni Del Negro says there are misconceptions about the benefits and safety of the vaccine, but says a yearly flu shot is safe, and the most effective way to protect ourselves.

Pharmacists are preparing for a difficult flu season. There’s a potential for vaccine delays this year. Also, a good indicator of the severity of the flu season here is found in Australia, which reported a large number of flu cases.