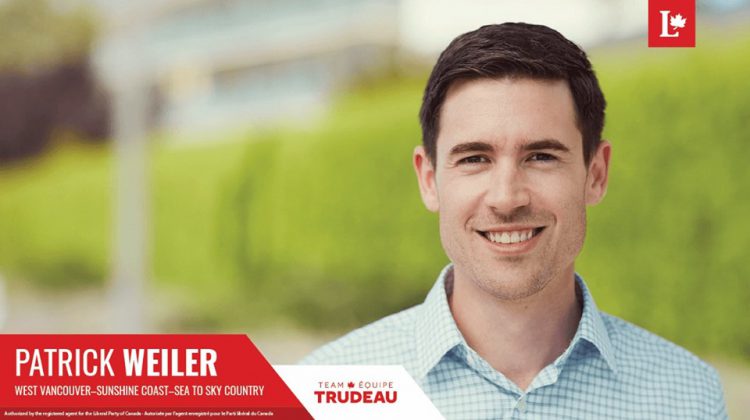 A Vancouver lawyer has thrown his hat in the ring, becoming the fourth candidate in the West Vancouver-Sunshine Coast- Sea to Sky Country constituency.

Patrick Weiler has a background in environmental and Indigenous law and replaces current Liberal MP Pamela Goldsmith-Jones, who served one term representing the riding in Ottawa.

Weiler is late to the game, as Conservative candidate Gabrielle Loren, the Green’s Dana Taylor and Doug Bebb, who is representing the People’s Party.

The New Democrats still haven’t announced a candidate in the riding.

The federal election is set for October 21.