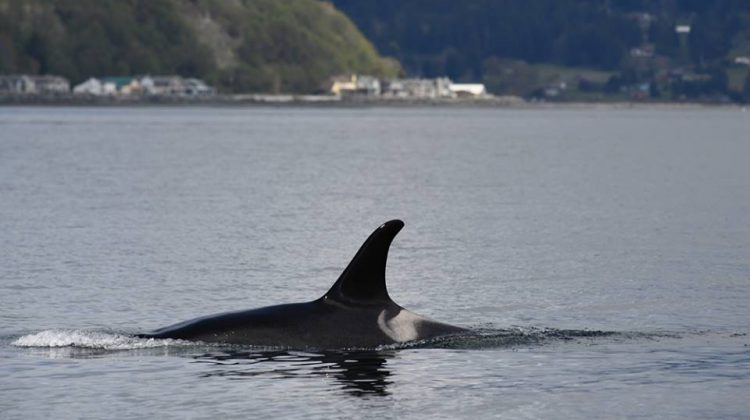 The federal government is also asking vessel operators to respect voluntary measures which include a "Go Slow" zone around whales and reduce noise. (Picture Courtesy: The Centre for Whale Research)

Researchers from the University of Erlangen in Germany and Woods Hole Oceanographic are embarking on an important one-year pilot project.

The idea of this project, funded primarily by Fisheries and Oceans Canada, is to determine if automated thermal imaging technology when used in concert with visual and acoustic detection, can be used to detect whales and lower the frequency of collisions.

Astrid Braunschmidt with BC Ferries said these cameras are installed in two locations in particular.

“The researchers have not only placed these cameras at Sturdies Bay, but they also have them in place near International shipping lanes in Boundary Pass,” said Braunschmidt. “That’s an area that separates the Southern Gulf Islands in BC from the San Juan Islands in Washington State.”

Braunschmidt said, “For the purpose of the one-year pilot project there are a couple of locations, it’s up to the researchers what the next steps are.”

BC Ferries is supporting whale research at Galiano Island and that includes thermal imaging cameras that have been installed at the Sturdies Bay terminal.

Braunschmidt explains the goal of this project.

“We have some thermal imaging cameras that have been installed, they were put in in June and they are for a one-year pilot project done by a couple of research groups, one in Massachusetts and one in Germany,” said Braunschmidt. “The goal of the project is to determine if using automated thermal imaging technology, like these cameras, along with visual and acoustic detection can be a reliable and effective way to detect whales.”

Collisions with boats is just one of the many risks threatening whale populations.