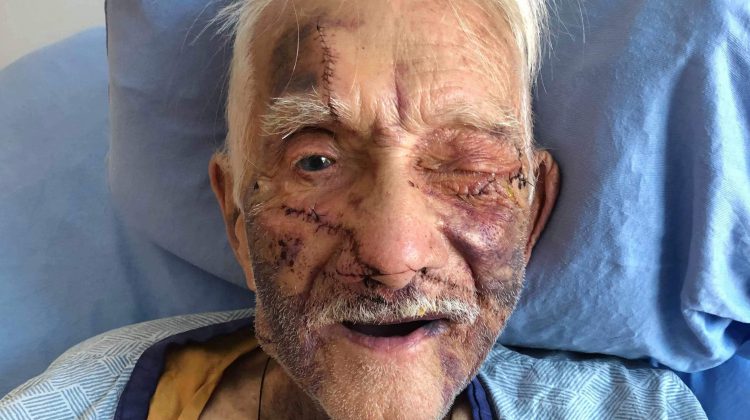 ‘Grandpa Bob’ is taking the first of many steps towards his recovery.

The 89-year-old was the victim of an assault in downtown Courtenay last Wednesday morning.

The unprovoked machete attack left Bob with severe facial cuts and bruising. He has had two surgeries so far to salvage the sight in his left eye.

The search continues for the suspect, who is described as having a dark complexion, and was riding a bike at the time. 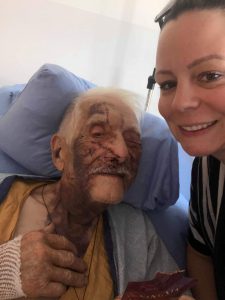 Meanwhile, Bob was able to open his eye “a tiny bit” on Monday, said Janelle Karatsikis, who started a GoFundMe page on his behalf.

“He will require more surgeries, they just need it to heal a little bit before they can do much else with it,” she said.

Karatsikis said the hope is that Bob will be able to come home this week, with homecare.

The community’s generosity is going to be a big lift for Bob, who has a limited income and lives in a bachelor apartment in the Comox Valley.

Link to the GoFundMe here.

The funds will be vital in helping Bob get the care he needs over the coming weeks and months.

“We are going to work on using those (funds) to help him get everything set up,” Karatsikis said. “We want to get lifeline homecare. He doesn’t have much income coming in; he never has so he can definitely use all of it and it’s totally exceeded our expectations.” 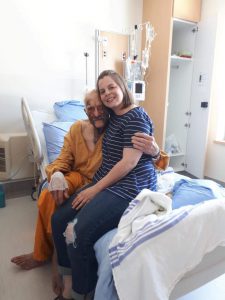 Once Bob is home this week, there will be a cleaner coming in, and home care coming in a minimum of four times a day.

Considering the ferocity of the attack, Bob is faring pretty well.

“He’s pretty steady,” Karatsikis said. “He was a little bit shaky. His mobility is coming back. We’re thankful he was in the car (when he was attacked) because he’s a thin, fragile guy. That saved him for sure. But we’ve got a walker and a cane organized just in case he needs it.”

The MY TOWN NOW DOT COM newsroom reached out to the Comox Valley RCMP for an update.

‘Grandpa Bob’ is family to Karatsikis.

“Bob met my grandma about 17 years ago,” she said. “They both lived on the same street and they connected when I was living with my grandma, and they’ve been companions/partners for the last 17 years, living together. He helped care for my grandma in the last stages of her dementia.”

Karatsikis’s grandma passed away in May.

“Bob has been nothing but good to us. He’s family to us and we’re family to him.”