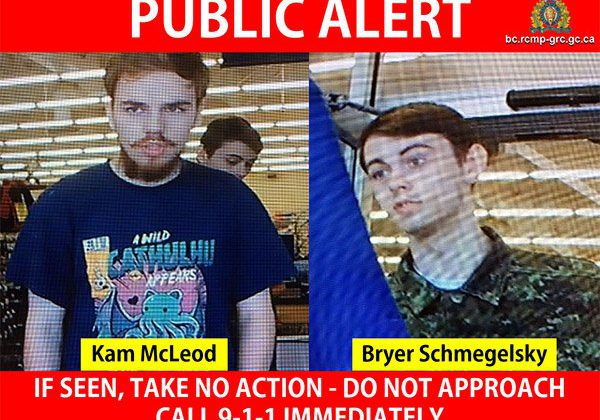 Nineteen-year-old Kam McLeod and 18-year-old Bryer Schmegelsky are charged with one count of 2nd-degree murder for the death of Leonard Dyck. (BC RCMP, Twitter)

Murder charges have been laid against two Port Alberni teens, in the death of a man in Northern B.C.

Nineteen-year-old Kam McLeod and 18-year-old Bryer Schmegelsky are charged with one count of 2nd-degree murder for the death of Leonard Dyck.

As a result, Canada-wide warrants have been issued for McLeod and Schmegelsky.

Police can now confirm that the man discovered deceased on July 19 at a Highway pullout about two kilometres south of the vehicle fire south of Stikine River Bridge on Highway 37 was 64-year-old Leonard Dyck from Vancouver. 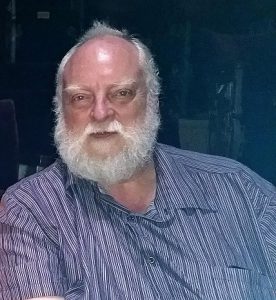 BC RCMP photo of Leonard Dyck. (supplied by BC RCMP)

“We are truly heart broken by the sudden and tragic loss of Len. He was a loving husband and father. His death has created unthinkable grief and we are struggling to understand what has happened. While we understand there will be interest in knowing more about him and the impact he had during his life, we are asking for the public and the media to please respect our privacy during this difficult time.”

McLeod and Schmegelsky are also wanted in connection to the fatal shooting of an Australian man and his American girlfriend.

Lucas Fowler, 23 and Chynna Deese, 24, were found dead on the side of Alaska Highway on Monday, about 20 kilometres south of Liard Hot Springs.

Meanwhile, a nation-wide manhunt continues for the two suspects who were initially thought to be missing.

RCMP investigators across the country continue to share information with other law enforcement agencies as the two remain at large.

There are concurrent investigations in Saskatchewan and Manitoba into the sightings reported to the police of the two suspects.

Saskatchewan RCMP had received reports of the suspects being spotted in Meadow Lake, Saskatchewan on July 21.

On July 24, Manitoba RCMP confirmed that the RAV4 the pair were travelling in, was recovered on fire in the Gillam area in the Northern part of the province in the evening of July 22.

The RCMP are warning the public to consider McLeod and Schmegelsky to be armed and dangerous, and to not approach them.

The two may be using a different vehicle, on foot or even travelling separately.

If they are spotted call 9-1-1 or your local police immediately.