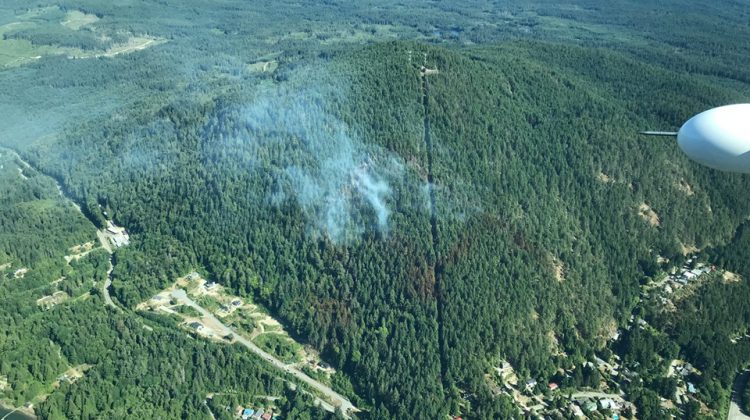 Fire on Cecil Hill has grown to 9 hectares. (Photo used with permission from the Coastal Fire Centre)

The Sunshine Coast Regional District has lifted the evacuation alert advisory for the residents of Cecil Hill Road in Pender Harbour.

The SCRD’s Emergency Operations Centre will continue to be in regular contact with the Incident Commander and with Emergency Management BC.

The alert had been issued yesterday (Tues) morning.

Crews are making good progress on the Cecil Hill fire.

Coastal Fire Centre Information Officer, Marg Drysdale says it was hard to tell the size of the fire because it’s a smoldering one but it’s been pegged at 9 hectares.

Drysdale says the fire is still considered out of control, but the weather is cooperating and crews are hoping to make some progress.

47 firefighters are working on the fire along with three helicopters.