Sunshine Coast RCMP get some help from “Duke” 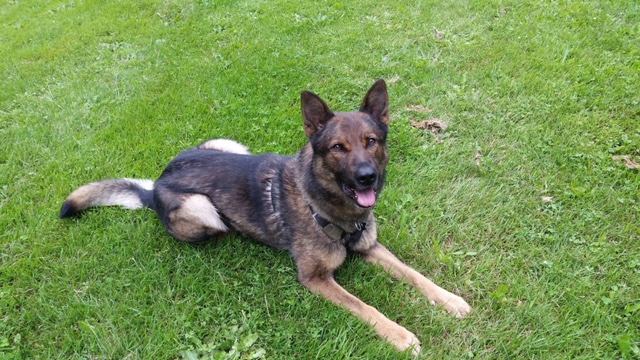 Police on the Sunshine Coast have arrested a man with help from the Abbotsford K-9 team.

RCMP are reporting, last Thursday, the police service dog “Duke” and his handler, Sergeant Chris Scott from Abbotsford Police, made a trip to Garden Bay to help the detachment track down a man with a warrant who had been eluding them.

The 20-year-old Garden Bay resident had an arrest warrant issued relating to an assault and mischief charge from April of this year.

When police attended to his home, the suspect fled into the woods but was arrested after being tracked by Duke.

The suspect will appear in court this week to face two new charges of Resisting Arrest along with ten other charges including multiple counts of breach of his conditions, mischief, and driving while suspended.