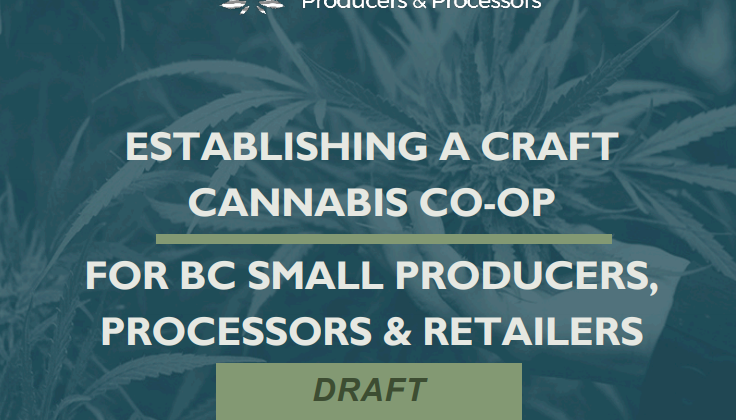 The consultation process for the B.C. Craft Cannabis Co-op provides an opportunity for potential members to help shape the future of a democratic and transparent organization. (Cannabis report cover, submitted)

The people behind the BC Small Cannabis Producer and Processor Co-op have released a report following a series of consultations in our communities.

Those who participated agreed on a number of issues including that Health Canada’s cumbersome regulatory process is holding BC’s craft cannabis sector back.

The organizers of the Co-op say everyone agreed the inclusion of small cannabis producers in the legal framework is vital to the success of the legalization policy but barely a handful in B.C. have survived the application process.

Proponents are asking people to read the draft discussion paper on the Co-op website and provide some input to see if if captures what needs to happen going forward.

At the same time they’ll continue to communicate with potential Co-op members and other stakeholders, including the province, municipalities and First Nations.

Co-op organizers will be considering assembling resources to assist potential members with licensing applications and host half a dozen regional meetings to gather feedback on the proposed co-op rules, promote their advocacy agenda and work towards incorporating.

Consultations were held in a number of our listening areas including on the Sunshine Coast and in the Cowichan Valley.