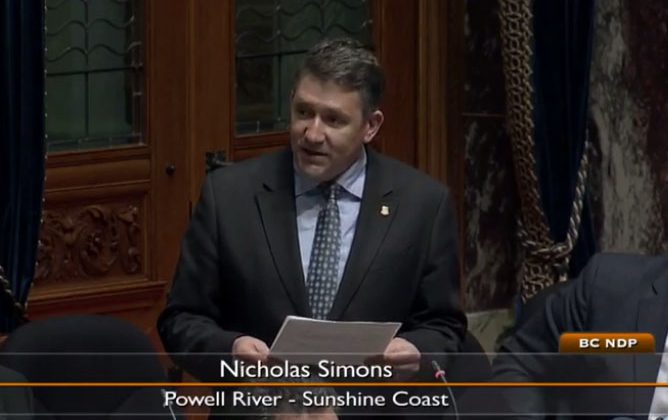 Spring sitting wraps up. (Photo courtesy the Hansard)
The NDP MLA for Powell River-Sunshine Coast believes the Throne Speech laid out a plan that will benefit most British Columbians.

Nic Simons says the budget will be coming down next week but the speech gave us a preview of what we can expect.

“We heard the Lieutenant governor read a speech that was basically about the government’s plan to keep working on the affordability issues,” said Simons.

“We want to make sure that we have services that British Columbians need. And there was mention of housing and also freezing ferry fares.”

Other promises that were made during the Throne Speech included a promise to unveil a poverty-reduction strategy, making cell phone bills more affordable and a crackdown on ticket scalpers.