Explosion and fire in Gibsons Marina 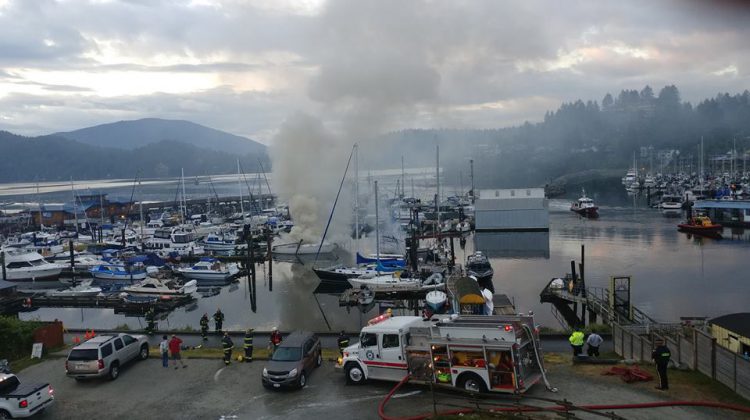 The RCMP and Gibsons Fire Department is looking for the cause of a boat fire and explosion in the Gibsons Marina.

The explosion was heard around 4:00 this morning (Monday) and woke up several people near the marina as well as people in upper Gibsons.

Loretta Suidy, who owns Sunshine Kayaking with her husband suffered major damages at their business and are still in shock.

She says they lost a boathouse, and that boathouse was used by the CBC during the filming of the Beachcombers show.

On top of that, they lost three sailboats, and about 30 kayaks.

Captain George Williams with the fire department says they got the call this morning (Monday) around 4:15 and it took them about four hours to put out the fires as it was quite significant.

No one was injured from the fire, however, the cause of the fire hasn’t been determined by the police and they’re not making any comments at this time as the investigation is ongoing.