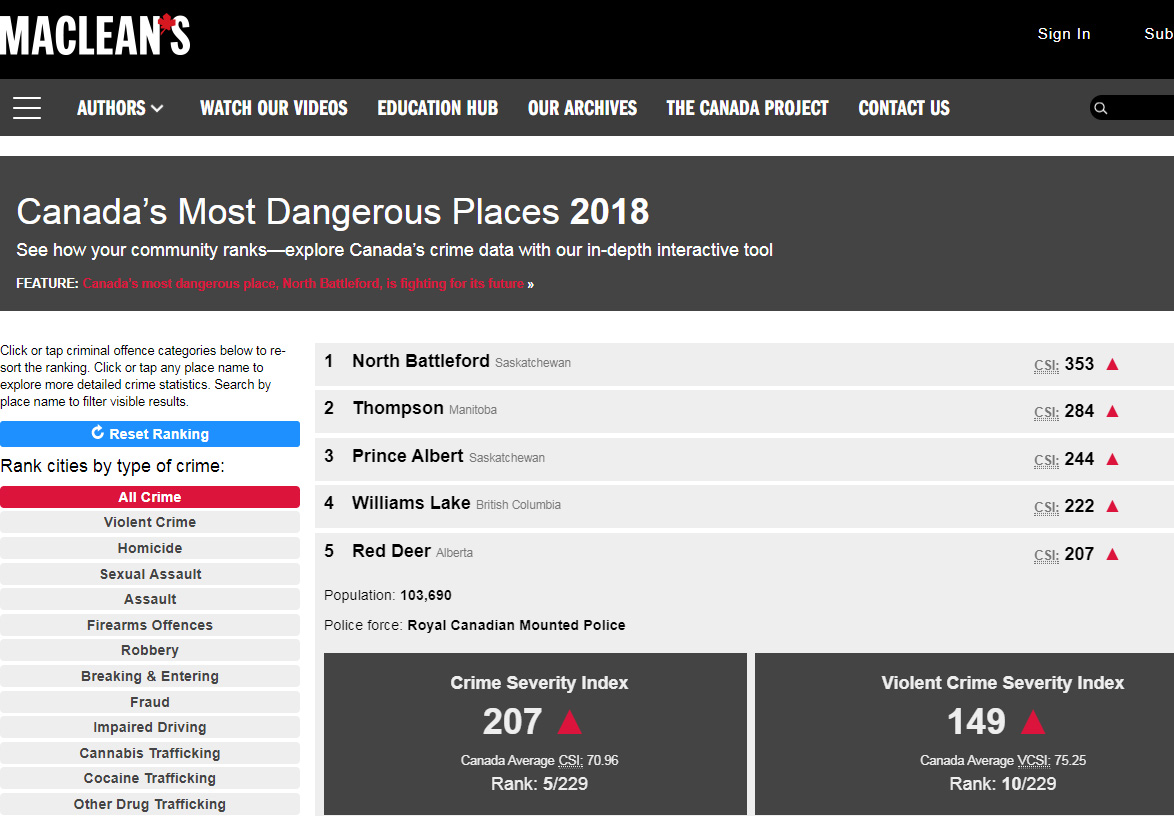 There were 17 Vancouver Island cities on Macleans Magazine’s most dangerous cities in Canada.
229 cities were ranked based on the Crime Severity Index, a Statistics Canada measure of all police-reported crime, which takes into consideration both the volume and seriousness of offences.
Port Alberni ranked the most dangerous in the 19th spot, however, there were two homicides in 2016 in that city, that bumped it up the list.
Victoria ranked 30th overall.

North Cowichan was in the 41st spot.