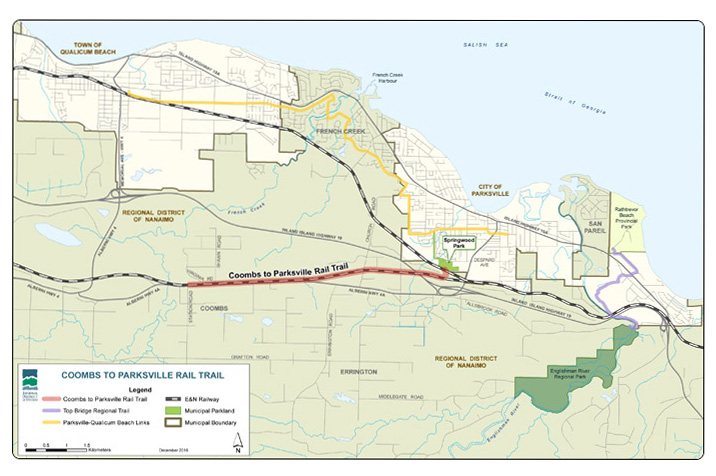 The Regional District of Nanaimo is celebrating its 50th Anniversary at one of its major accomplishments.
The District will be holding an official opening ceremony of the Coombs to Parksville Rail Trail Saturday beginning at 10:30 at Springwood Park in Parksville.
Wendy Marshall, Manager Parks Services says the trail was mostly finished almost a year ago but there were some loose ends…..
Following the official part of the event participants will be invited to make the 7 kilometer trek from Springwood Park to Station Road in Coombs.
Along the way there will be three water and snack stations.
A free shuttle will be running from noon to 4 between the kiosks at Springwood and Station Road to bring participants back.
Facebook
Twitter
ReddIt
WhatsApp
Email
- Advertisment -
- Advertisment -
- Advertisement -