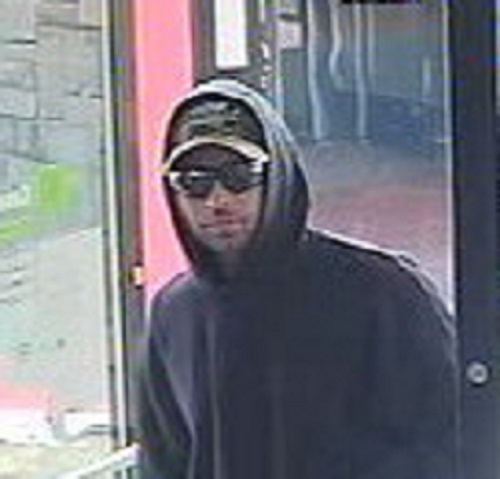 Oceanside RCMP has released a picture of the suspect and his car following a bank robbery in Qualicum Beach.
Police say last Saturday, between 2:30 and 3, a man walked into the TD Canada Trust bank, handed a note to the teller that indicated he had a weapon and demanded cash.
He walked out with an undisclosed amount of money.
No one was hurt and no one saw a weapon.
The suspect is described as a white man in his 20’s, 5’6″ tall with a slim build and light brown hair.
He was wearing a black hoodie, darker brown camo baseball cap, large black sunglasses, loose fitting dark blue jeans, and black leather dress shoes.