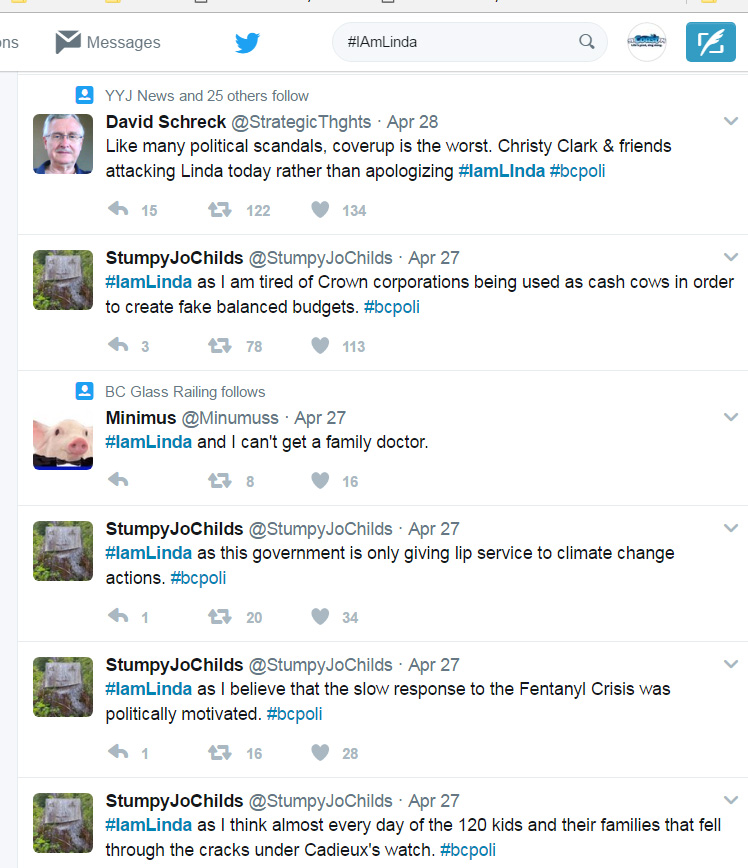 The BC Liberals has come under fire in relation to the hashtag #IAmLinda that’s trending on social media.

A video that was posted by CBC recently went viral which featured a quick conversation between Premier Christy Clark and a Sunshine Coast Resident, Linda Higgins.

In the video, Higgins approaches Clark in a North Vancouver Grocery store, says “I will never vote for you” and before she was able to explain why Clark chimed in and says “You don’t have to. That’s why we live in a democracy”.

Clark then continues walking and starts greeting another person at the store.

The story gained traction and some BC Liberals supporters accused Higgins of being an NDP plant.

Since then, those accusations have backfired on the BC Liberals because Higgins reportedly does not, in fact, work for the New Democrats.