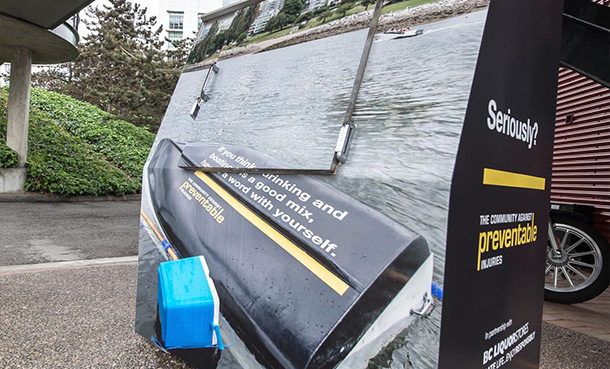 RCMP snagged a man, who was in the process of backing his boat into the water and who had been drinking this morning (Fri).
Officers with the West Coast Marine Section were about to launch their boat when they were approached by witnesses who said they believed a man at the boat launch had been drinking.
The officers approached the man and say it was evident that was the case.
The 31 year old was taken back to the Nanaimo RCMP Detachment where tests showed he was more than two times over the legal limit.

With the Marine Festival beginning today Nanaimo RCMP are reminding boaters to operate their boats safely and say impaired driving on the waters is a criminal offence.