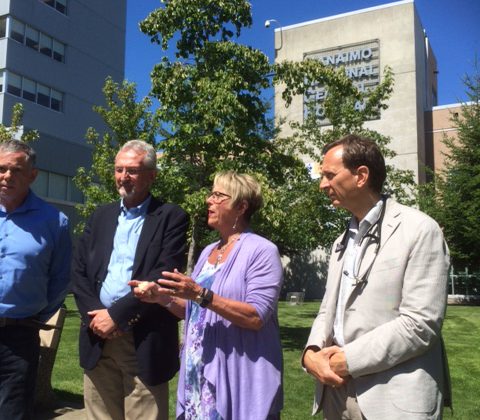 Nanaimo has been ground zero for IHealth, the health authority s new 178 million dollar paperless medical system.
The system was touted as eliminating time-consuming faxes, was supposed to reduce the chance of errors when hand-written notes are used in paper charts, and was supposed to be a databank of a patients medical history.
But it’s not been a resounding success.
Dr. David Forrest says the system is dangerous and there have been “near-misses”……
Health care professionals have been complaining about the system since shortly after its introduction in March.
NDP MLA and the party’s health critic, Judy Darcy says there has to be an independent review of the system without delay…..
MLA for Nanaimo-North Cowichan, Bill Routley and MLA for Nanaimo, Leonard Krog echoed Darcy’s comments during a news conference held outside the Nanaimo hospital.