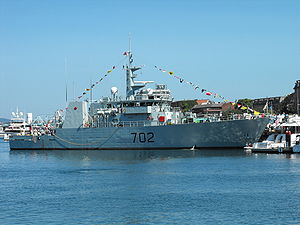 To honour Canada’s Navy veterans, the Vancouver Island Military Museum will be installing a decommissioned 40 millimeter Bofors gun on the grounds of Piper Park.
The gun, originating from the Maritime Coastal Defence Vessel HMCS Nanaimo, was offered to the museum by the Department of National Defence due to a refit of the ship currently underway in Esquimalt.
The deactivated gun will be installed in Piper Park for historical interpretive purposes and as a tangible reminder of the dedication to those men and women who have served, and continue to serve, on board HMCS Nanaimo I and II.
Facebook
Twitter
ReddIt
WhatsApp
Email
- Advertisment -
- Advertisment -
- Advertisement -