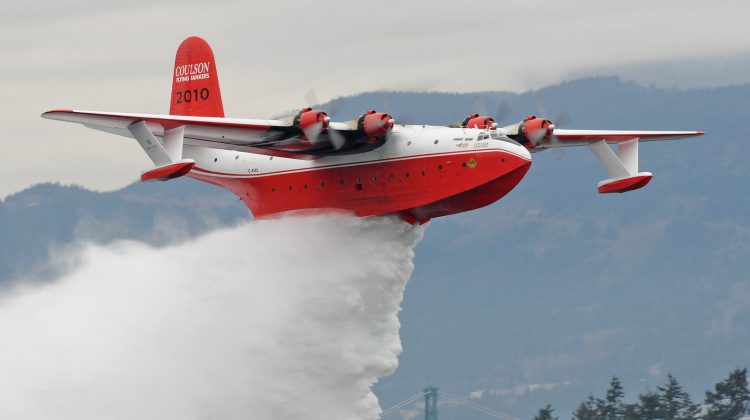 The Martin Mars water bomber was flying around Vancouver Island this afternoon (Thurs).
Coulson Aviation invested a million dollars to fly the aging air tanker to the world’s largest airshow in Oshkosh, Wisconsin later this month.
That 8 hour flight will take place a week from this Saturday.
In the meantime, test flights are being done around the Island and the plane could be seen flying above Lake Cowichan, Duncan, Victoria, Cowichan Bay, Chemainus, Ladysmith, Nanaimo, Parksville and Qualicum.
The plane has been parked on Sproat Lake near Port Alberni this week after a series of repairs.