Walking trail to be named after Gibson’s woman 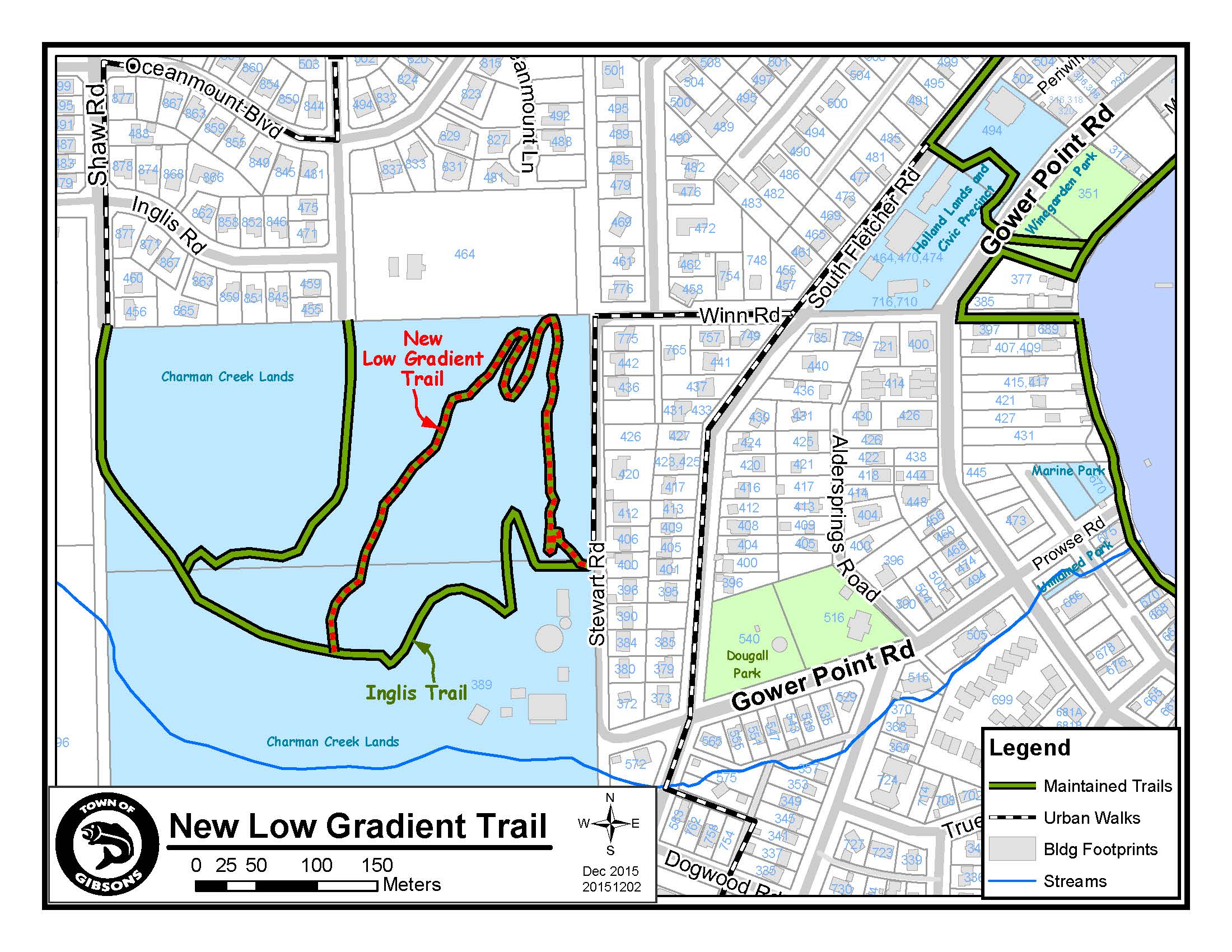 There could be a name soon for the Low Gradient trail between Stewart and Shaw road in Gibsons.

One of the suggestions is to name it Helen’s Way in memory of a former Lower Gibsons resident Helen Alp.

Manny Machado, Gibsons CAO says they’ve heard nothing but positive feedback after the trail was built.