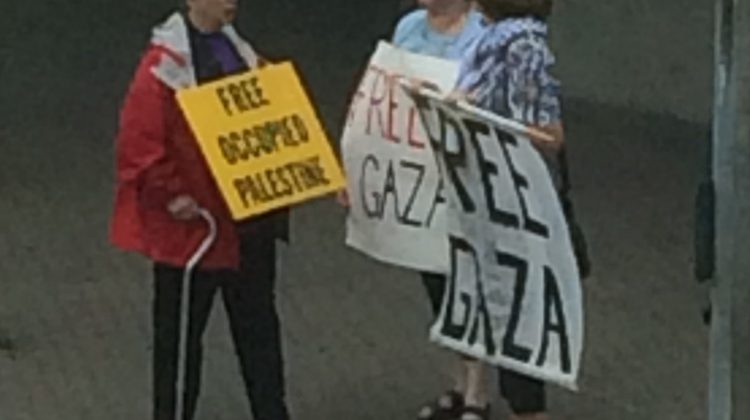 On the last Friday of every month, in Nanaimo during the noon hour, the Mid-Islanders for Justice and Peace in the Middle East hold a vigil on the corner of Commercial Street and Terminal Avenue.
One of the participants, Ken Hiebert says, in a nutshell, members of the group want to make people aware that the movement of goods in and out of Gaza is restricted and it’s not right…..
In the effort of public awareness, the group has put up a billboard about 2 kilometers south of Duncan.
It’s visible to southbound traffic and says “End Israeli Apartheid and Occupation of Palestine.”