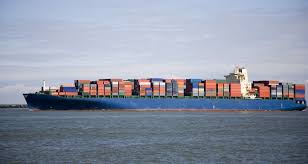 Islands Trust continues to work with officials with regards to concerns surrounding anchorages in the southern Gulf Island region.

In the meantime, the plan to add 5 anchorages to the northeast tip of Gabriola is still on the table despite concerns from the group, Gabriolans Against Freighter Anchorages.

Recently, the Regional District of Nanaimo offered its support to the group penning a letter to the various ministries involved objecting to the proposed anchorages but Director Howard Houle says more needs to be done……

Anchorages are generally used by ships needing shelter while waiting for a berth at a nearby port to become available but Houle says in some cases the ships are loaded right where they sit and that’s noisy.

Nearby residents also complain the ships run generators and have lights on and the resulting noise and lights disrupt the tranquility of life.