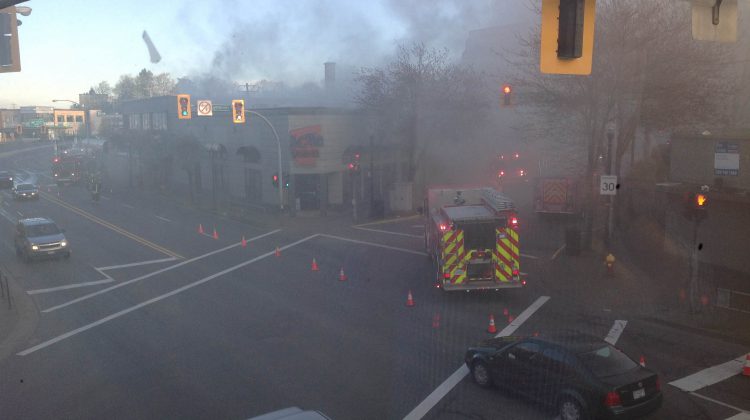 Fire crews are still keeping an eye on a massive fire in downtown Nanaimo.
It broke out in the Acme building on Commercial Street around 6:30 yesterday (Wed) afternoon.
Fire Department spokesperson, Karen Lindsay says the wind and smoke did not help matters……
Lindsay says there appeared to be an explosion at one point…..
She says no one was hurt….
Lindsay says morning commuters should avoid the area because it’s a mess there…..
An investigation will get underway this morning…..