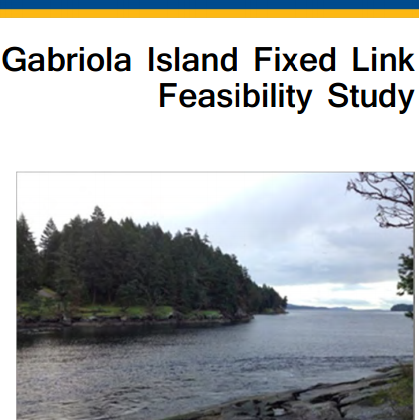 The provincial government says a feasibility study on a bridge to Gabriola Island has revealed that it’s technically possible, but it wouldn’t be a cost-effective alternative to the existing ferry.

The study says a bridge would cost anywhere from $258 to $520 million dollars.

Nanaimo-North Cowichan NDP MLA Doug Routley says he’s not surprised by the findings, and he believes the study was just a distraction technique.

Routley says the feasibility study itself cost around $200,000, and he believes the province owes Gabriola residents an apology for squandering that money.