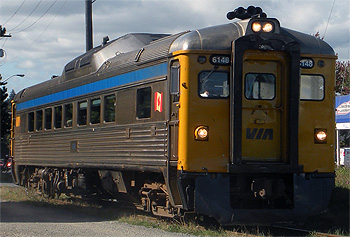 The BC NDP has announced dates for two public forums on the future of the E&N railway.

It’s been more than 4 years since passenger trains stopped running along the corridor.

The announcement follows reports last week that there’s yet another potential roadblock to plans for the return of passenger service, because the 15 million dollars committed by regional districts, the province and the feds may not cover the cost of needed safety upgrades.

Nanaimo North Cowichan MLA Doug Routley is hosting one of the forums, and he says the NDP doesn’t want the plan abandoned.

Routley will host the forum July 8th in Ladysmith.

There’s also one planned for Nanaimo July 7th.  Nanaimo MLA Leonard Krog will host that one.

“We want to offer the people of Vancouver Island, who are the owners of the railway corridor, an opportunity to voice their opinions, offer their ideas and have input into the formulation of a new vision for a sustainable 21st century transportation plan for Vancouver Island,” he says.