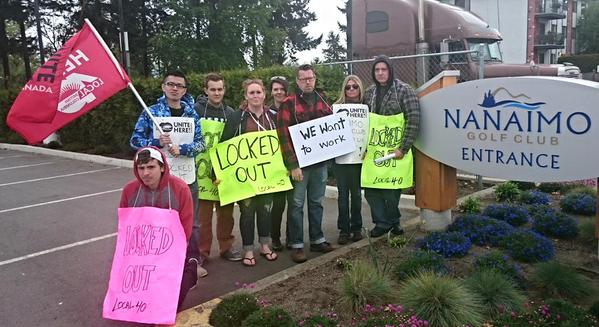 The Nanaimo Golf Club locked out food and beverage workers on April 24th, and there’s no end in sight to the dispute.


Ervin says they’re only about 5 cents apart in terms of what the workers are asking for and what the golf club is offering.

But she says there are other issues, like the club wanting staff to pay for meals and part of their health coverage.

Coast FM reached out to the The Nanaimo Golf Club but didn’t hear back by deadline.