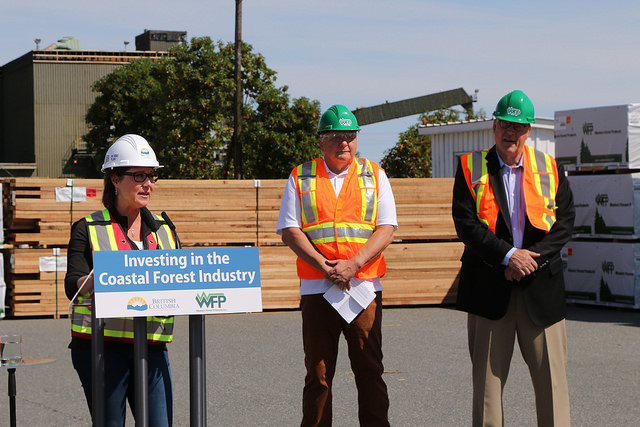 The Clark government is applauding Western Forest Products decision to put another 30-million dollars into its operations on the mid-Island.

The company actually announced the move when it released First Quarter results in early May.

But the Premier was on the mid-Island today, and visited the WFP Duke Point mill with Forests Minister Steve Thomson to celebrate the investment.

Thomson says the investment ensures jobs will stay in the region,  even though WFP closed the Nanaimo Sawmill last year to consolidate its operations at Duke Point.


Of the $30 million, $28 million will be invested in Duke Point. The other two million is going into upgrades at the company’s Chemainus and Ladysmith sawmills.