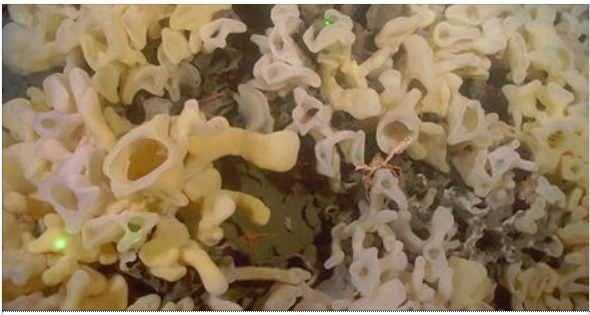 Several groups, including the Sunshine Coast Conservation Association, are celebrating a victory in their 6 year fight to protect a rare species.

Glass sponges are found in reef formations around Georgia Strait and Howe Sound.  They’re near the Sunshine Coast, as well as off Gabriola Island, Parksville and Galiano and Hornby Islands.

And now, the Department of Fisheries and Oceans has agreed to close their habitat to so-called “bottom contact” fishing. That’s things like prawn traps, or drag nets.

Sabine Jessen is with the Canadian Parks and Wilderness Society.

Cindy Harlow of the SCCA says the protection is something local people have been asking for, and she hopes the Sunshine Coast community will play a stewardship role over the long term.

Jessen and Harlow both say the work isn’t quite done yet. The fishing ban hasn’t been extended to the glass sponge reefs in Howe Sound. They’re hoping DFO will add them soon.