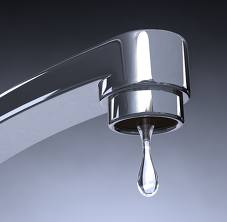 The province says after a record dry May, and no significant rain so far in June, Vancouver Island and the Gulf Islands are now in a Level 3 drought.  The situation isn’t much better on the Sunshine Coast.

The province is urging people to voluntary cut back their water use by 20 per cent.

Nanaimo‘s water manager Bill Sims says Nanaimo residents have good water use habits, and the supply at Jump Lake is 95 per cent.  But, it’s now started dropping in a way that wouldn’t normally been seen until mid summer.

On the Sunshine Coast, the SCRD and the Town of Gibsons are moved to Stage 2 restrictions on Monday.

Dave Crosby is the SCRD’s Manager of Utility Services. He says they saw a big spike in water use when the hot weather hit, and they want to be proactive but tightening the hours for outdoor watering.

The Regional District of Nanaimo has been at Conservation Level 3 since the weekend.