Temperatures at or near record levels on weekend, outlook continued sunny and dry 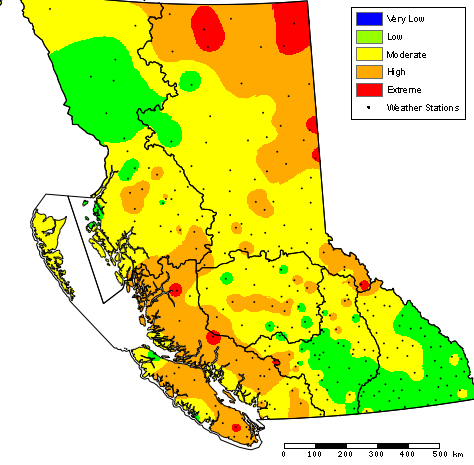 Environment Canada says the sunny, dry weather is expected to continue through the week.

Forecaster Matt MacDonald of Environment Canada says when it comes to records it’s rainfall they’re watching closely – after an unprecedented dry spell in May.

The hot, dry weather has pushed wildfire danger ratings to high for the Island and some parts of the Sunshine Coast.

On Sunday crews from the Coastal Fire Centre and the Cranberry Fire Department were called to a small brush fire near Cassidy.

It burned through about a hectare in the area between Timberlands and Cameron Roads.

It’s being investigated as likely person-caused.