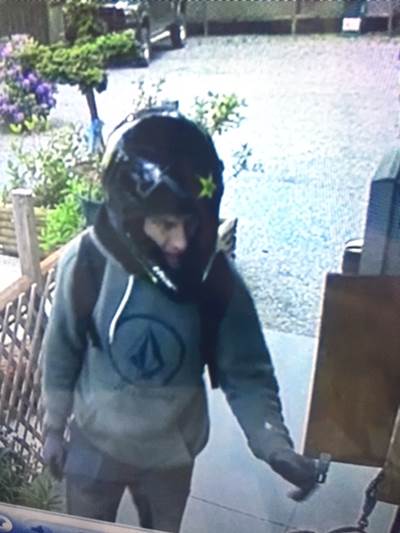 Nanaimo RCMP are asking for the public’s help identifying a man they say took several hundred dollars from the till at the Westwood Campground.

RCMP say security cameras caught the suspect riding into the campground just before 6am on a dirt bike… which was later reported stolen from 4th Street.

He was wearing a full face helmet covered with “Rockstar” and “Fox” stickers.

He walked into the office, forced open the till, grabbed the cash and rode off on the bike. It took less than 5 minutes.

The man is white and in his late 20s

He was wearing blue jeans and a green or grey hoodie. The bike is a yellow 2015 Suzuki. 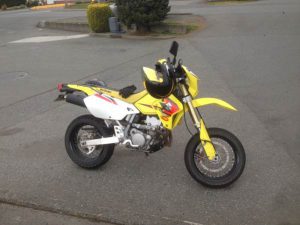