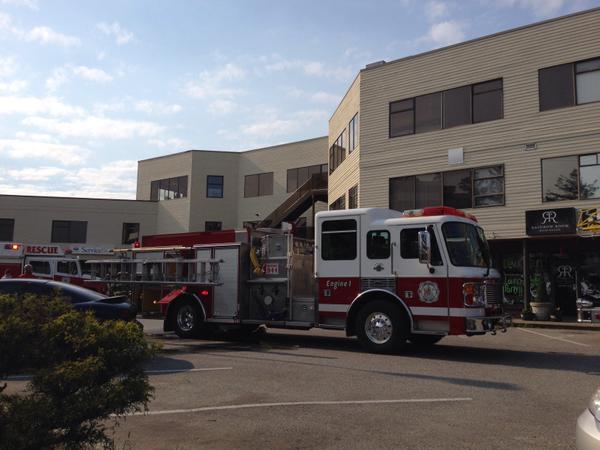 Sechelt firefighters are on the scene at the Teredo Square building downtown.

There were reports of smoke coming from an upper story of the office and retail complex.

Chief Bill Higgs says it was caused by an electrical fire in the elevator system.

The fire is now out, and no one was hurt.

Higgs says they’re working now on clearing the smoke out of the building. He says it’s a big operation but there’s no danger.