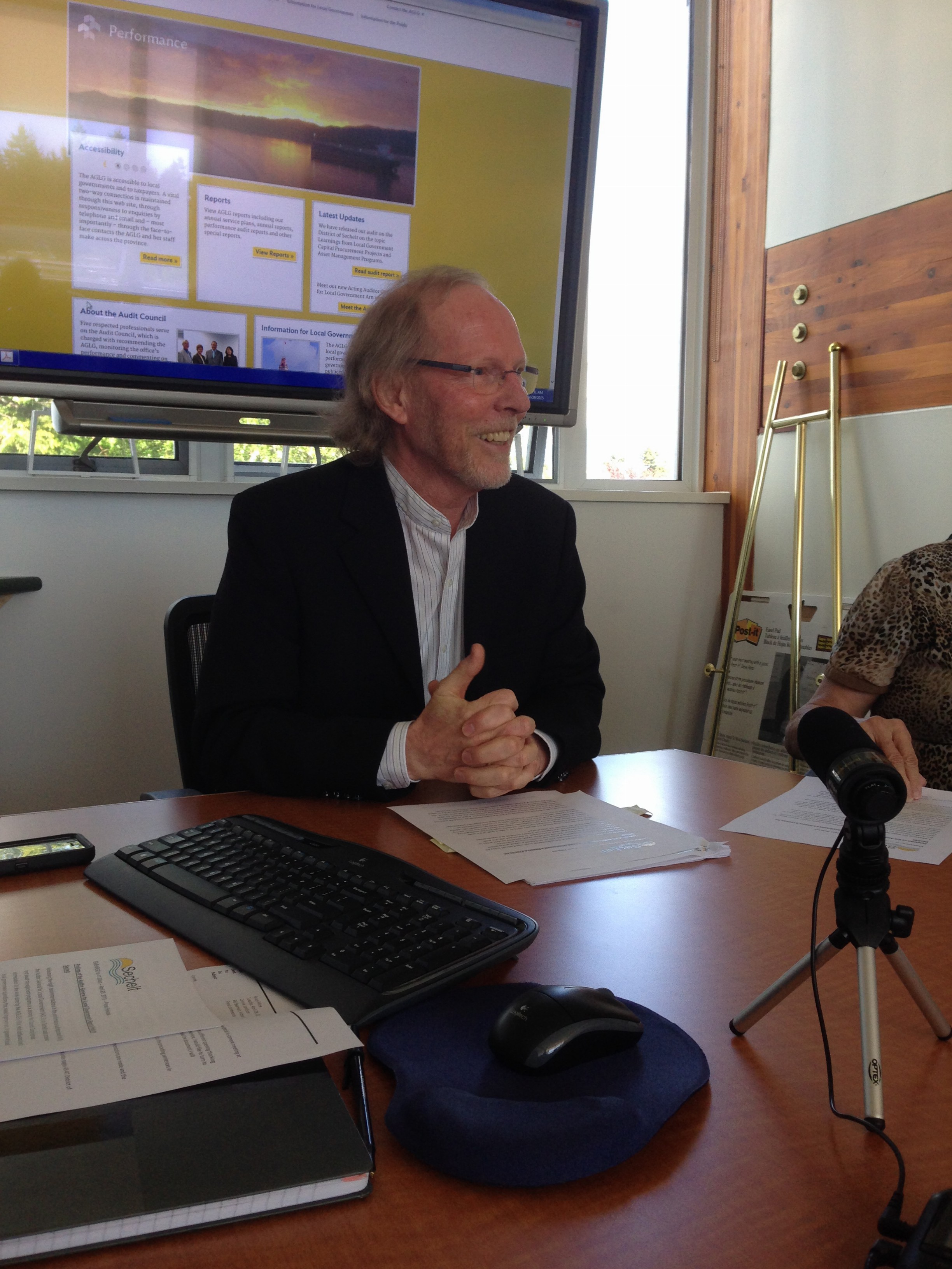 The Auditor General for Local Government is making 8 recommendations after a review of two infrastructure projects in Sechelt.

The AGLG’s report found issues with both projects, and some particularly big issues with the District’s new 24 million dollar waste water treatment plant. The AGLG says, among other things, the District can’t show the bidding process was open and fair.

Mayor Bruce Milne calls that a “stunning” finding and one he was not expecting.  He also says to lesser degrees there seem to have been problems with most capital projects over the past few years.

Milne raised concerns about the project during the last election, and did not spare the previous mayor and some on the last Council from critique over the AGLG’s findings.

Milne says the current Council and District staff are following all of the recommendations.

They include: Drafting a conflict of interest policy, having a business case for every project, and more transparent decision making with fewer meetings behind closed doors.